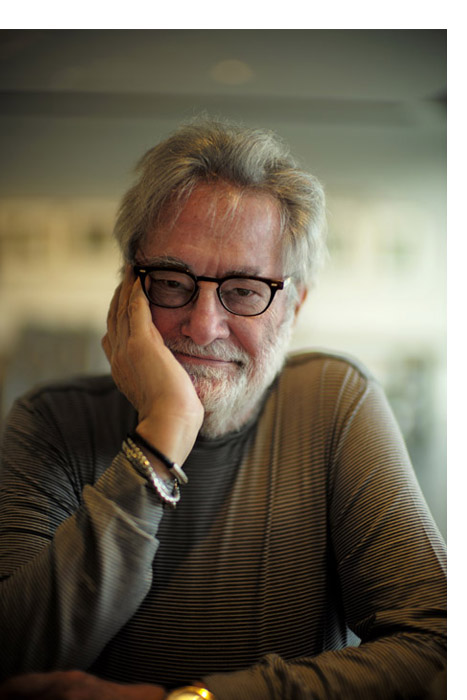 Is pioneer and one of the most recognized figures of contemporary photography. He was founder and president of the Consejo Mexicano de Fotografía, organizer of the first three latin-american photography colloquiums, and founder of the web-portal ZoneZero. He has been a teacher, curator, editor and author, publishing books such as Tiempos de America, Espejo de espinas and Los cohetes duraron todo el día; innovating in 1991 with the release of the first audiovisual CD-ROM, named Fotografío para Recordar.

His book Verdades y Ficciones: Un viaje de la fotografía documental a la digital, edited by Aperture, was as well turned into a CD, in 1995, by Voyager editions. Lo real y lo verdadero, published by Peach Pitt Press was released in 2005. Seagull Press printed in 2011 A Kind of Touching Beauty, a selection of pictures from the USA which illustrate a series of essays by the french philosopher Jean-Paul Sartre.

He set for himself a seemingly impossible goal: the first worldwide simultaneous retrospective. This project, named Herejías, happened on October 2008, and consisted of more than 60 exhibits in more than 17 countries around the world, each one of them being different from the other, as the curators were free to chose from within 3000 images. This set to build a database of his lifetime work, compilation that turned into the Archivo Pedro Meyer (Archive). At last, a book was edited by Lunwerg Press, released in 2008.

His work has been presented in more than 260 exhibits, in important museums and galleries around the globe, becoming part of important collections such as the ones in the National Art Museum and The Guangzhou Art Museum in China; Akron’s Art Museum, Queen’s Museum, International Centre of Photography, George Eastman’s House, San Francisco’s Modern Art Museum, The Centre for Creative Photography, and California’s Photography Museum, in the United States; The Australian Centre for Photography in Australia; The Victoria and Albert Museum in England; The Georges Pompidou Centre for the Arts in France; The House of the Americas in Cuba and the Centro Studi e Archivio della Comunicazione, Università degli Studi di Parma y Comuna di Anghiari, Palazzo Pretorio, in Italy.

He has also developed as a conferencist, talking on Photography and New Media, in important sees around Mexico and the globe. He has been a resident artist in the University of Colorado and the Arizona Western College in the United States; and in the Centre of photographic studies in Vigo, Spain.

He has been awarded with a number of rewards and scholarships, national and internationally, honouring his contribution to photography. Since the 60’s, the Mexican Photographic Club has praised his work, being a laureate figure in Mexican Photography Biennales. The Cittá di Anghiari, in 1985, rewarded him with their Premio Internazionale di Cultura; The Guggenheim Foundation in 1987 granted him their scholarship; The Photography Museum of California, together with Jonathan Green, praised him with the National Endowment for the Arts in the year of ‘93, and he was rewarded, under the category of “Visionary”, by the Lucie Awards, 2014. He also received the first scholarship for a Web-based project from the Rockefeller Foundation.

He created, in 2007, the Fundación Pedro Meyer, contributing on the reflection, interpretation and investigation of the image and the new media. Nowadays he is head of the foundation and still works as an artist, whose work inquires on philosophical questions and explores the evolution of technologies.

Opening in 2015, Foto Museo Cuatro Caminos was a compound that aimed towards new visions and reflections on contemporary photography. The foundations for such space were exhibitive and educational, built within a zone established as a cultural bulwark in northern Mexico City.

This project shows the constant pursuit and innovational needs that have guided Pedro Meyer throughout his photographic career.