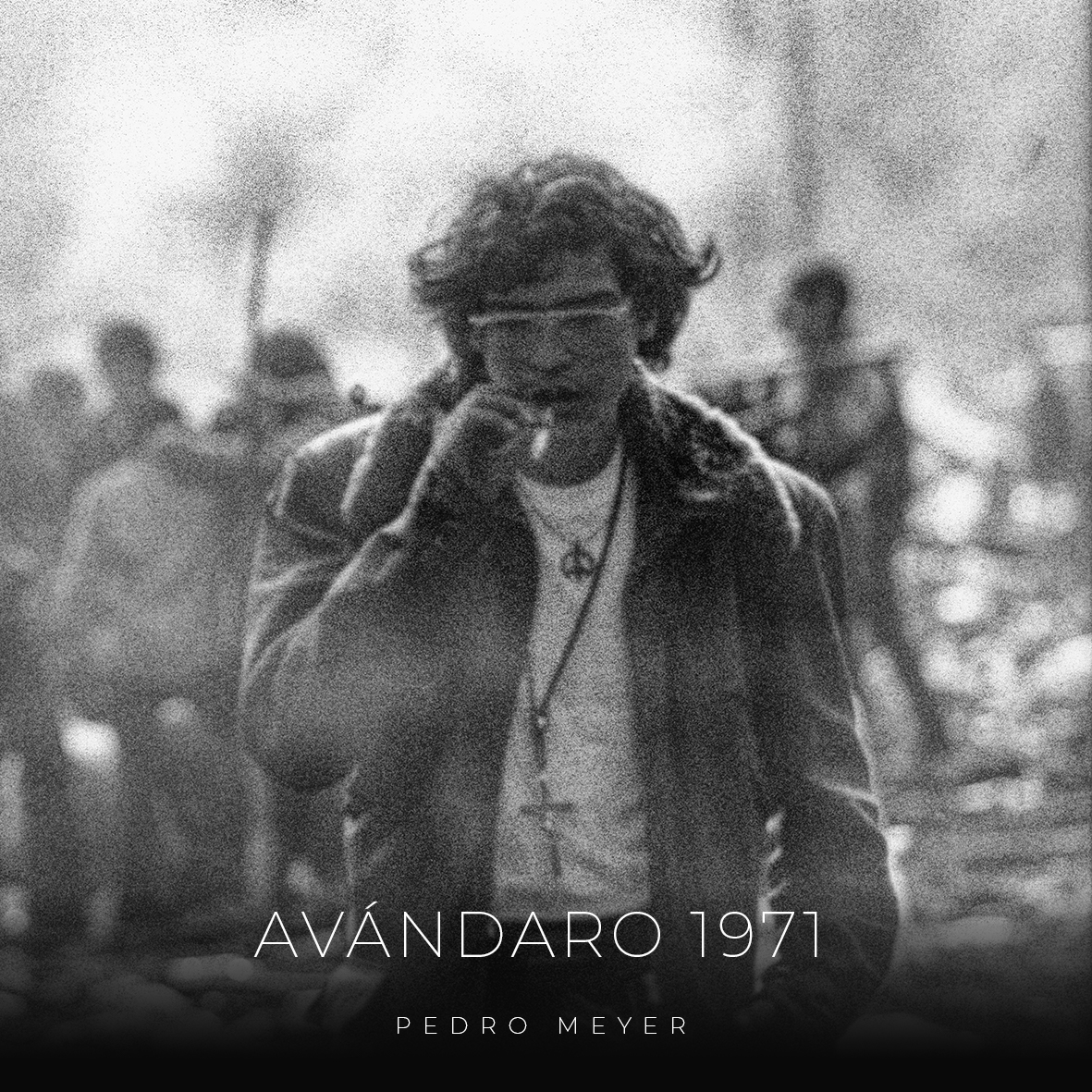 Thanks to the complete reference of Archivo Pedro Meyer (Archive) online database and invitation of a score of specialized views, it was possible to decant the following galleries, particular readings of main themes of Pedro. All these selections are supported by authority of each of these personalities recognized for their work in photographic work as curators, museographers, critics, journalists, researchers, professors, authors and artists.

Through Pedro Meyer’s lens, aspects of the “Festival de Rock y Ruedas” are shown, which took place in September 1971; It is believed that Avándaro emerged to relax the political and social environment that, after the student movement of ’68, had been one of tension between the government and the youth. The images show a new generation of young people eager to experiment with freedom, moving away from the political and ideological problems that arose during the so-called “Guerra sucia (Dirty war)”

Return to "The Books"